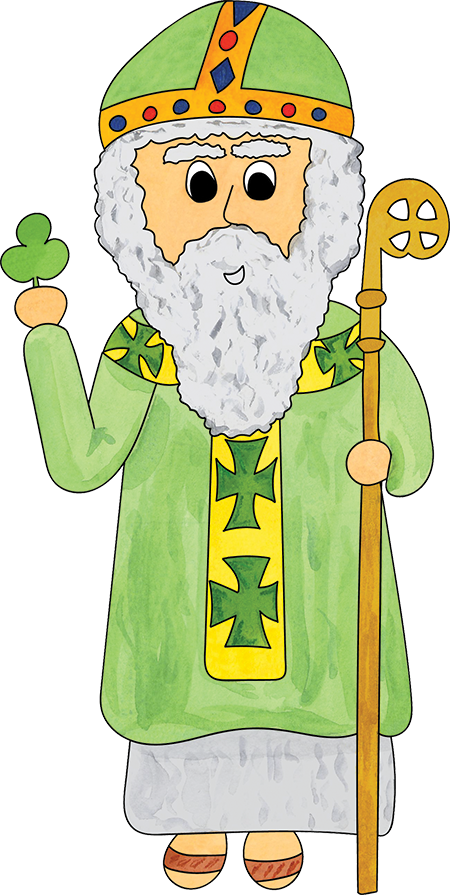 Saint Patrick was born in England, but when he was a teenager, he was captured by Irish pirates who took him to Ireland as a slave. After six years, Saint Patrick escaped and returned to England and his family.

When Saint Patrick became a priest, he traveled back to Ireland as a missionary so that he could teach the people about God. He used examples to explain the mysteries of the faith in simple ways. One day, Saint Patrick compared the Trinity to a shamrock. He said that the shamrock has three leaves, but it is only one plant. In the same way, God is three persons—Father, Son, and Holy Spirit—but one God.

God used Saint Patrick’s kidnapping to convert the Irish people. In our lives, God uses the bad times to bring about a good we do not always see. We must be patient and trust Him.