Saint Isidore was born in Spain. Two of his brothers and one of his sisters are also Saints!

Saint Isidore served as the Archbishop of Seville for more than 30 years. There were many problems in Spain during his life. However, through his kindness and patience, Saint Isidore brought some peace to the Spanish people. We can learn from Saint Isidore that it is important to have patience with ourselves and with people around us. 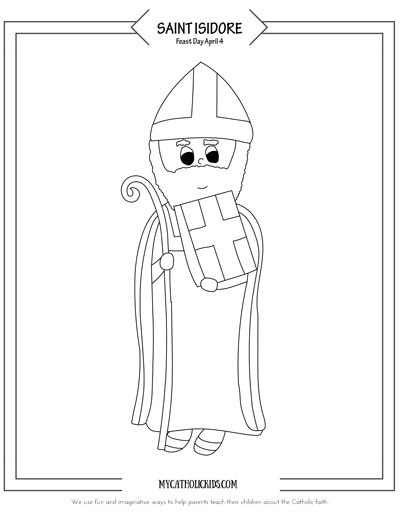