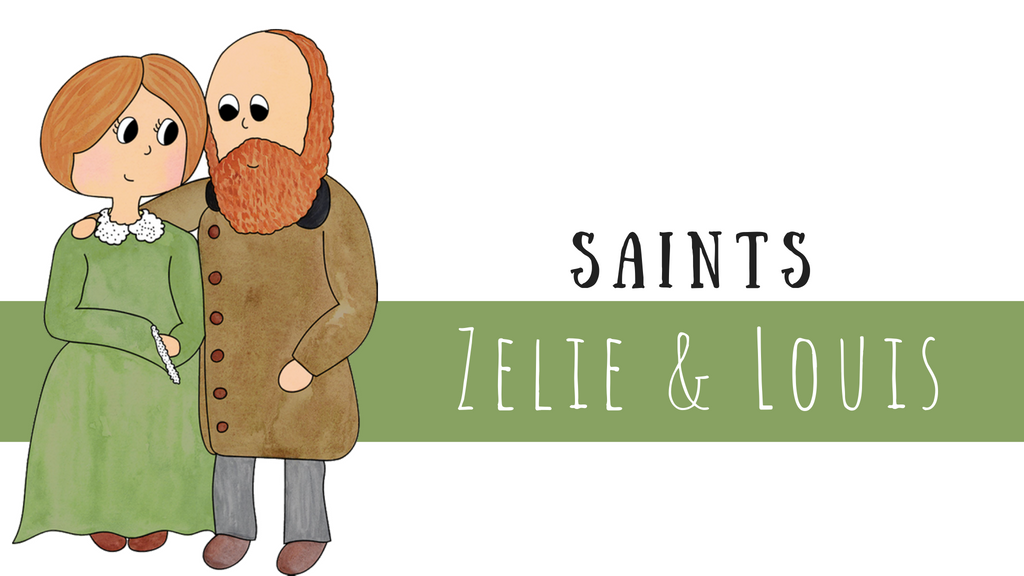 Two recent Saints, Louis and Zelie Martin are not as well known as their daughter – Saint Therese the Little Flower, but they are excellent examples of love, fidelity, and perseverance.

Louis Martin was born on August 22, 1823.  He was the third of five children but all of his siblings died before they reached the age of thirty.

When he was twenty-two, he tried to enter the Augustinians who lived in the Alps but the Abbot told him he had to learn Latin first.  Louis tried very hard but his efforts to learn Latin failed and he became sick and discouraged and decided not to enter the monastery after all.

After some time, Louis settled down in Alencon and set up his watchmaking business.  He loved to fish and was a very quiet man.

Zelie Guerin was born on December 23, 1831.  She was the second of three children.  Her older sister became a Visitation Nun and her younger brother was a pharmacist.

Once she grew up, Zelie tried to enter a religious order of sisters, but similarly to Louis, her attempts were unsuccessful due to her poor health.  Zelie then began to pray that she might have many children who would all belong to God.  She then became a successful lace maker and started her own business.

God Had His Own Plans

After both being disappointed in their attempts to enter religious life, God showed Louis and Zelie what plans HE had in store for them!

One day, Zelie was crossing a bridge and passed a tall, dignified, handsome man.  As she passed, she heard a voice inside her say,

“This is he whom I have been preparing for you.”

Zelie inquired around town as to who the man was, and discovered that it was none other than Louis Martin!  In the meantime, Louis was making his own inquiries and discovering that the beautiful woman he had passed on the bridge was Zelie Guerin.

The two became aquainted and were married a few months after their encounter on the bridge.

A Family of Saints and Religious

Louis and Zelie were married on July 13, 1858 when Louis was thirty-four and Zelie was twenty-six.  Together, they had nine children – seven girls and two boys.  Only five girls survived and grew into adulthood.  Of these five girls, four became Carmelites, including Saint Therese, and one, Servant of God Leonie, became a Visitation Nun.

Louis and Zelie Martin were wonderful parents and instilled in their children a great love of God.  In one of her many letters, Zelie wrote about their children:

“We lived only for them.  They were all our happiness.”

Louis and Zelie Martin’s marriage was not an easy one, but their faith sustained them through every difficulty.  Instead of breaking them down, the difficulties only brought them closer together and intensified the love they felt for each other.

“The Good Lord gave me a father and mother more worthy of Heaven than of earth.”

Zelie died from cancer on August 28, 1877 at the young age of forty-five.  After two strokes, and rapid deterioration, Louis died on July 29, 1894 when he was seventy years old.

“Families are the compass that guides us.  They are the inspiration to reach great heights, and our comfort when we occasionally falter.”  Brad Henry 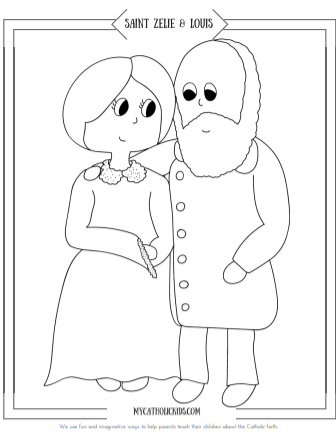